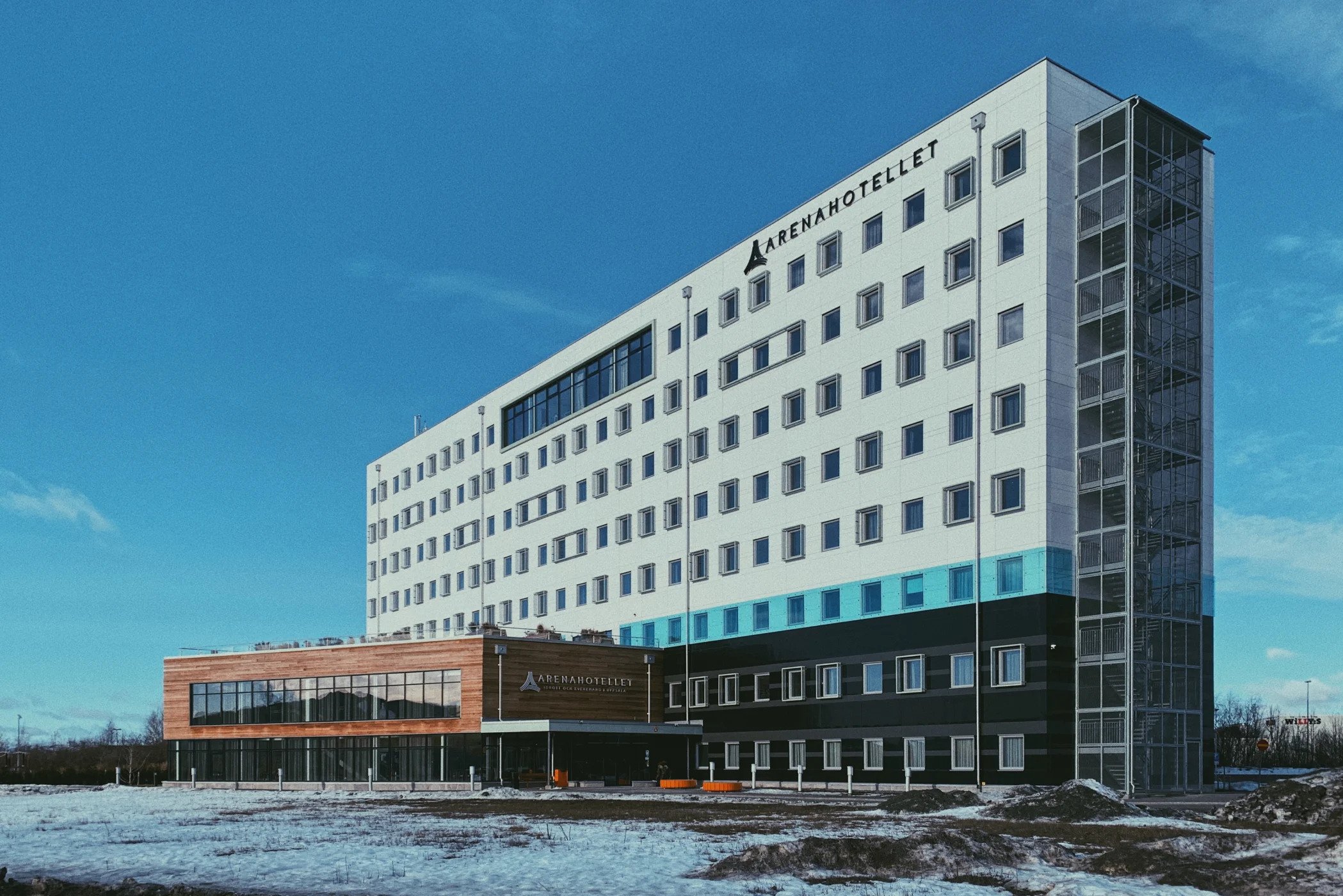 Energy Machines had only one week to prove that they could install a better ventilation system than the competitor at the Arena Hotel in Uppsala. The solution won and today the hotel consumes half as much energy as similar buildings.

The Arena Hotel was built in Gränby Arenastad to offer accommodation around major events. A conventional ventilation solution was already planned when the builder and owner PartGroup AB heard about the modular solution Climate Machines.– We had drawn in another unit when we realized that this was on the market. They had a week to show that they could build an even better unit for the same money. And they did, ”says Anton Lundholm, CEO of PartGroup.

The first year was a tough test of the new ventilation system, with a really long and cold winter and a summer with a long-lasting heat wave. A very high temperature efficiency gives the hotel a low energy consumption all year round and, thanks to indirect evaporative cooling, the supply air keeps 21 degrees even in the midst of the summer. The summary of the first year of operation shows a very low energy consumption.

– It is incredible considering the conditions this building has faced. Being able to keep these values is actually fantastic, says Arena Hotel’s CEO Jenny Engström.

Higher performance – half the consumption

The hotel will now be environmentally certified. Today, the energy requirement is 67 KwH per square meter, which according to the eco-label Green Key is around half of the consumption in comparable buildings.

– It has been a very fun project to test modern ventilation technology. We got a better delivery than expected, everything has worked out all the way, says Anton Lundholm.