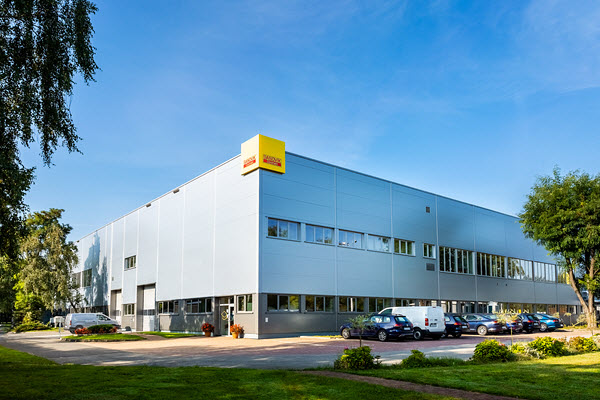 Energy Machines is proud to have played a role in making Sandvik Coromant’s factory in Katowice, Poland more energy efficient. The 2018 project defined a number of goals, including cutting energy costs, reducing the factory's carbon footprint, and improving the indoor environment.

To achieve their goals, Energy Machines was brought in to conduct an energy audit and convert the factory's cooling system from standalone chillers to a central cooling system capable of reusing heat energy. In conjunction with this, Energy Machines administered design and installation support when linking the systems as well as connecting to the heat recovery from air handling units, process cooling, and compressed air.

Energy Machines has since designed the control system as well as supplied and commissioned a combined chiller and heat pump. We have also continued to follow the system’s function and performance via EM Cloud, our cloud-based SCADA (supervisory control and data acquisition) system.

Since the new energy system was implemented, the numbers show that Sandvik’s collaboration with Energy Machines has delivered desirable results. The factory’s electricity usage has decreased by 24% and natural gas usage by 40%.

The successful commissioning has led to Sandvik Coromant signing a contract with Energy Machines for continued collaboration. As part of the agreement, we will support Sandvik’s environmental initiatives through contributing to the design of a borehole thermal energy storage system to further expand the factory’s energy savings.